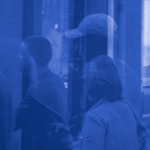 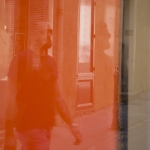 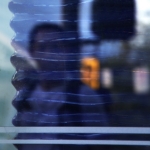 ”Of Latin root word, this prefix necessarily suggests the possibility of “seeing the other side”, of reaching it, of looking at you from the opposite, of feeling the alterality and the other. To transit is to affirm the exercise of knowing and perceiving reality through travel, constant movement, the apprehension of the world, and what is alive because of it I become aware.

To transit is to occupy the space of the other, without inhabiting it, stopping just enough to appreciate its essence. One transits what is public, what belongs to all, and therefore nobody claims. One makes a transit through the life of the other, its essence, the history of its time, its contemporaneity in which we remain only an instant. That instant determines the essence, the basic of the fact of being, as ephemeral as real.

”This term is related to the stars. The theosophy that emanates from Platonism also refers to “the astral” in terms of “astral body,” which is an intermediate layer between the body and the soul that animates the physical and terrestrial body. This is imperceptible to the common people. It lives among us. It is a part of us that we do not see, or with which we dialogue. However, it is the driver of our knowledge.

Madame Blavatsky (1831-1891) understood “the astral” as the seat where the primary of the human psyche sits. It is the place where our instincts, emotions, passions and feelings inhabit. It is the Jungian unconscious that determines our life experience and the real identity of our self. It is always in transit, immanent and transcendent at the same time, in a continuous line that does not vanish neither in space nor time.”

”In this series of pictures, the work of Vicente Pla navigates through his images between immanence and transcendence, between the “beyond the gaze” and his ability to bolster the future of the one who looks at them. It is the announcement that in the transit we find the experience as the footprint and the mark of the other, its history that is ours.

The reflection as a photographic technique protects the transient experience of the here and there, the past and a future which pregnant with the gaze of the present, that stunting our vision announces the time ahead and not the prospect of what we have already been.

But not only the reflection is an announcement of that experience of unfolding, the composition, the framing of the photo and the emergence of geometric structures in it, real dressings and yet ghostly, they all inform us that to live is to transit, to transcend, to change, and to finally submit to the loss of our identity. Taking photographs is to capture that instant.”